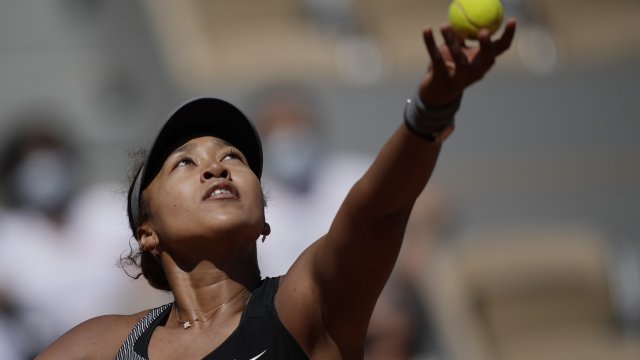 Tennis star Naomi Osaka's decision to exit the French Open after revealing her battles with anxiety and depression has stunned the sports world.

And mental health experts hope her candor will help change tennis and other sports for the better.

"She's really bringing a light to mental health in elite sport as it happens," said Rosemary Purcell, head of the Center for Youth Mental Health at the University of Melbourne.

"Her strong statement is going to have an impact certainly on the professional tennis world for sure," added Jim Taylor, a sports psychologist who has worked with professional athletes.

Osaka, a four-time major tournament champion, announced on Monday she was pulling out from the French Open after being fined $15,000 for refusing to speak to the reporters following her first-round victory.

On social media, Osaka revealed she has "suffered long bouts of depression" since her first major win in 2018, adding that as an introvert she experiences "huge waves of anxiety" before talking to the media.

Research shows around a third of elite athletes will at some point in their career suffer from anxiety and depression. Yet the topic remains taboo.

"They're at their physical peak and we just expect that they'll be at their mental peak as well," explained Purcell, who studies mental health issues in professional sports.

She says athletes are especially vulnerable because of the sacrifices they've made to get to the top.

"Often that means they don't have friendship networks. They haven't gone to school and built up those sort of social connections. They're traveling for the overwhelming majority of the year, so they're not at home," said Purcell.

She is part of a new International Olympic Committee mental health task force.

And she helped set up a helpline in 80 languages for all Olympians to talk to psychologists this summer in Tokyo.

"The hope is that we can detect those athletes as early as possible that might be experiencing mental health issues," Purcell said.

As for tennis, Grand Slam leaders pledged on Tuesday to address Osaka's concerns and "improve the player experience" while making sure the athletes all are on a "fair playing field."

Sports psychologist Jim Taylor hopes Osaka will find solace in knowing that she's further destigmatizing the topic in sports and in society.

"The more we can see more people of note having mental health issues, being open about them, discussing treatment, that makes it a little more palatable, a little more acceptable for people just in the real world to acknowledge their own challenges because the fact is that mental illness can be treated," he said.