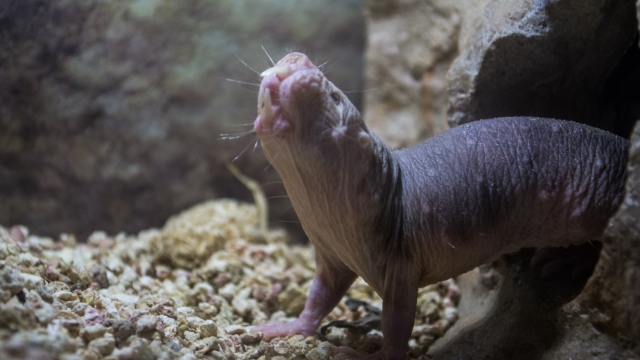 Naked mole rats are like bees, lizards and, it turns out, plants.

How weird? Well, they've got a social structure like bees or ants where a single queen gives birth to all the workers. They're also cold-blooded and nearly immune to cancer and certain types of chronic pain. They're just weird.

And now scientists have found another mole rat marvel: They can turn fructose into energy — something we thought only plants did, until now.

Science communicator Neil deGrasse Tyson calls out politicians for denying science, says science is what made America great in the first place.

All other animals power themselves on glucose, mole rats included most of the time. But glucose requires oxygen for it to become energy. Because mole rats live underground in low-oxygen tunnels, their bodies sometimes switch to fructose as an alternative fuel source.

Scientists knew mole rats had to have some sort of trick to survive in their low-oxygen tunnels, so they did some science on the naked creatures.

Researchers cut the oxygen to the creatures to about a quarter of the air we breath. They were fine for five hours and probably could've kept going. The creatures even survived 18 minutes with no oxygen — their bodies just switched over to fructose fuel.

There is some benefit to humans in all of this. If we can learn how to mimic naked mole rat biology with our technology, we might be able to help save victims of heart attacks or strokes.