Canada Has Until Friday To Make A Decision On NAFTA 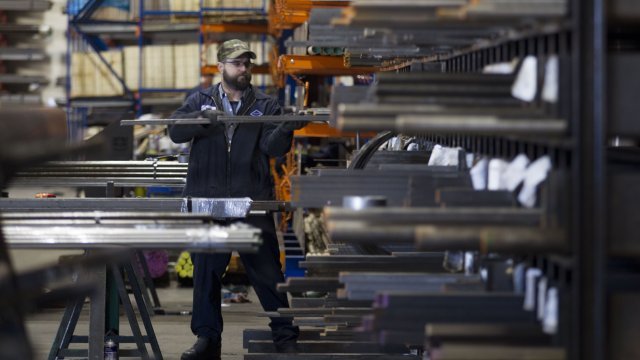 The relationship with America's second-largest trading partner is at risk.

The U.S. may have made a deal with Mexico, but time is running out for Canada to sign on to a new NAFTA agreement.

Canadian Foreign Minister Chrystia Freeland is resuming talks with trade negotiators in Washington, where she has until Friday to agree to the new terms or walk away.

President Donald Trump once called NAFTA the "worst trade deal" America has signed and credits it for the loss of manufacturing jobs across the country. Earlier this week, he made it clear that there's not much room for negotiation.

"One way or the other, we have a deal with Canada," Trump said. "It'll either be a tariff on cars or it'll be a negotiated deal."

Canada's foreign minister has said her country "only sign a new NAFTA that is good for Canada and good for the middle class."

But Mexico's top trade negotiator has struck a warmer tone, implying he's rooting for Canada to remain in the agreement.

"We believe that an agreement is better in a trilateral basis," said Ildefonso Guajardo Villarreal, Mexico's economy secretary. "That has been even a part of the conversation between President Peña and President Trump. But you have to be very clear. We have understanding that this, it is extremely positive for Mexican productive sectors, and at the point where we have to make a decision, we'll make a decision. But we want Canada to join."

The latest agreement includes updates to intellectual property, digital trade and financial services. For Canada, the biggest sticking points are likely to be opening up the dairy market to U.S. milk products, eliminating Chapter 19 and implementing a sunset clause.