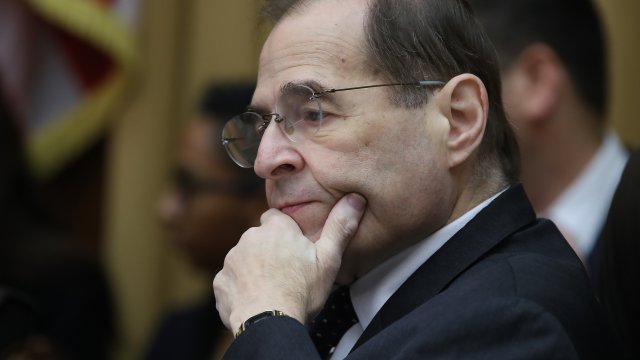 SMS
Nadler Threatens AG Barr With Contempt Proceedings Over Mueller Report
By Briana Koeneman
By Briana Koeneman
May 3, 2019
This comes after Barr refused to show up to a House Judiciary Committee hearing on Thursday.
SHOW TRANSCRIPT

In a letter sent to Barr Friday, Nadler offered to prioritize some materials over others, including witness interviews cited in the report. He also suggested limiting the committee's request for the underlying evidence.

But he asked the Justice Department to reconsider letting all members of Congress look at a less-redacted version of the report.

Nadler's letter was sent the day after Barr skipped a House Judiciary Committee hearing. The committee had voted to let an outside counsel ask Barr questions during the meeting, but Barr wasn't on board with that idea.

The Justice Department has yet to comment on Nadler's letter.