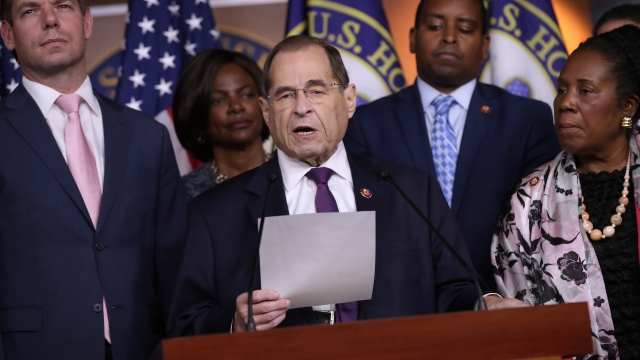 During an interview with CNN on Friday, Nadler said the committee would be "going to court ... to ask for the grand jury information underlying the Mueller report" and to enforce the subpoena of former White House counsel Don McGahn.

"When we win that, it'll open up the flood gates to enforce all the subpoenas and get all the testimony, because they're all the same nonsense legal arguments," Nadler said. "So we'll be going in to court today and again on Monday or Tuesday to start bringing that out, so we can lay the evidence and detail before the American people."

In April, the committee subpoenaed McGahn to testify about the special counsel investigation shortly after the the redacted version of Mueller's report was released. According to the report, President Donald Trump asked McGahn to fire Mueller in 2017. McGahn reportedly refused and even planned to resign so that he wouldn't have to carry out what he believed to be a potentially illegal act. McGahn ended up defying the subpoena at the behest of the White House.

The House committee argues in its court filing that it needs the grand jury information outlined in Mueller's full report to help it decide whether to impeach President Trump. As of Friday, more than 100 members of Congress have called for an impeachment inquiry into the president.

This also comes on the heels of Mueller's testimony before the committee earlier this week. During a press conference on Friday, Nadler praised the former special counsel as "a man of honor and integrity."

"He showed that the Trump campaign both welcomed and benefited from this attack on our country, and he showed that the president repeatedly lied to cover it up," Nadler said. "And if that were not enough, Director Mueller's testimony removed all doubt."