Nadler: DOJ Agrees To Hand Over Mueller's Evidence On Obstruction 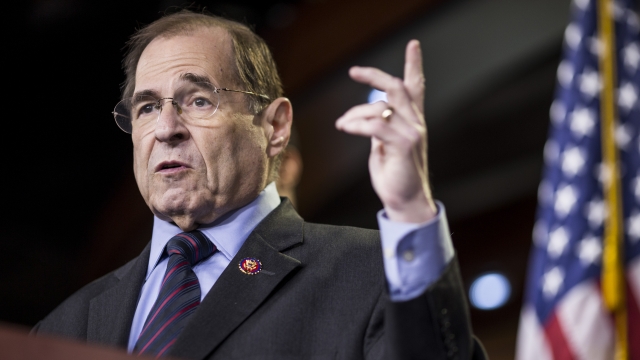 The Justice Department will give the House Judiciary Committee evidence from the Mueller report regarding potential obstruction of justice.

House Judiciary Committee Chairman Jerry Nadler made the announcement Monday. He says the DOJ agreed to comply with the committee's subpoena and hand over "Robert Mueller's most important files, providing us with key evidence that the Special Counsel used to assess whether the President and others obstructed justice or were engaged in other misconduct."

For some background: In April, Nadler subpoenaed the full, unredacted Mueller report and underlying materials. Attorney General William Barr offered to let just 12 members of Congress see a less-redacted version of the report. But when Barr failed to release the full report by the May 1 deadline, the committee voted to hold him in contempt.

As Newsy previously reported, Robert Mueller's team was unable to come to a final decision on whether the president had committed a crime. The report says, "if we had confidence after a thorough investigation of the facts that the President clearly did not commit obstruction of justice, we would so state." But it goes on to say the report "also does not exonerate him."

Nadler says it's critical that Congress be given all of the evidence so it can "ensure that no one is above the law." He says, "If important information is held back, then we will have no choice but to enforce our subpoena in court and consider other remedies."