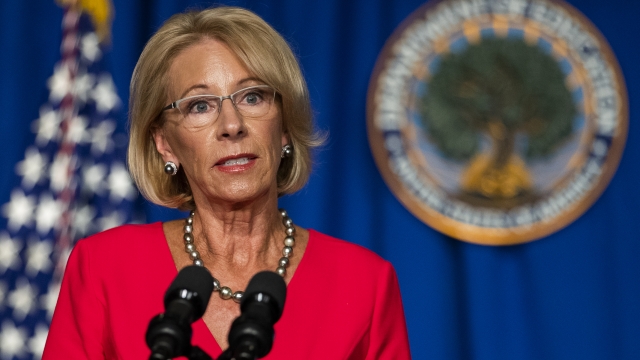 The NAACP has joined a number of school districts across the country and is suing Education Secretary Betsy DeVos, claiming she is improperly trying to divert coronavirus financial aid to private schools. The NAACP lawsuit was filed in federal court in Washington on Wednesday.

The CARES Act set aside more than $13 billion for elementary and secondary schools, including private schools serving disadvantaged students.

But the lawsuit says DeVos has created guidelines that would send a disproportionate amount of relief money to private schools at the expense of poor children attending public schools.

Devos told local school districts if they choose to provide pandemic relief funds to all public schools, regardless of the number of underprivileged students served, the districts must give an equitable amount to private institutions.

In a statement, a Department of Education spokeswoman said, “This pandemic affected all students, and the CARES Act requires that funding should be used to help all students.”

But the NAACP accuses the education department of "drastically" changing the congressional intent of the CARES Act without public input. The lawsuit argues "the percentage of CARES Act funds that Congress intended to be set aside for the benefit of private school students is minimal and focused on children in need."

The lawsuit calls the inequity "particularly troubling" because private schools also may have already benefited as small businesses from the federal Paycheck Protection Program.

Michigan, California, Maine, New Mexico and Wisconsin, as well as large cities such as Chicago are also suing DeVos over the issue.