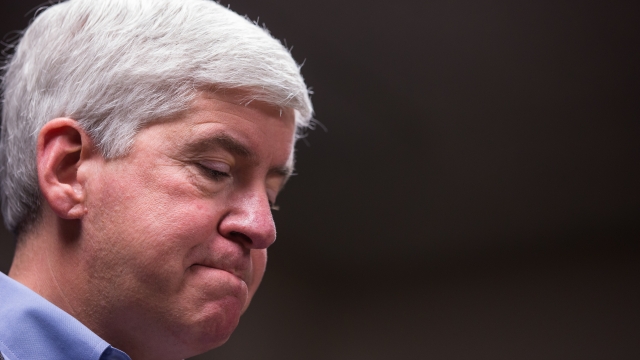 SMS
NAACP Sues Michigan Officials For Negligence In Flint Water Crisis
By Ben Lawson
By Ben Lawson
May 19, 2016
The NAACP says Michigan officials stopped drinking Flint's water before they informed the public that there was a problem.
SHOW TRANSCRIPT

The NAACP is suing Michigan officials, accusing them of failing to take action to prevent the Flint water crisis.

The suit blames Gov. Rick Snyder, several other state officials and two engineering firms for negligence for not properly treating the water and for failing to detect a problem.

According to The Detroit Free Press, the suit states, "Despite public assurances of safety — government officials in Flint quietly switched to bottled water while the citizens and businesses of Flint continued to drink dangerously contaminated water."

The NAACP cites several e-mails to support its negligence theory, including one sent to Snyder from a top official last October that said, "I believe now we made a mistake."

The lawsuit is filed on behalf of the people of Michigan and includes property, pain and suffering, and emotional damages.

The filings join the dozens of pending Flint-related lawsuits, including the criminal charges filed against two state officials and one city official.

This video includes clips from C-SPAN and WXYZ, and images from Getty Images.