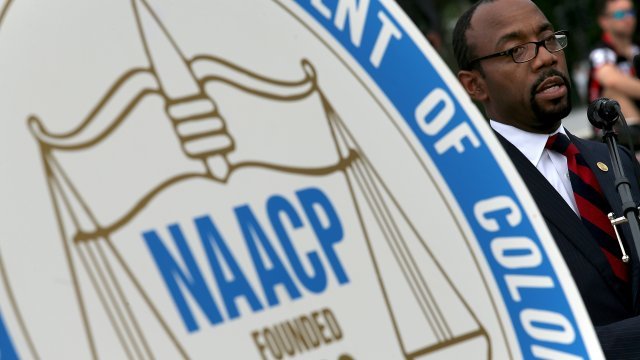 SMS
NAACP To Trump: Stay Away From Civil Rights Museum Grand Opening
By Gabrielle Ware
By Gabrielle Ware
December 5, 2017
The group says his presence would be "an affront to veterans of the civil rights movement."
SHOW TRANSCRIPT

The NAACP doesn't want President Donald Trump to attend the grand opening of the Mississippi Civil Rights Museum or the Museum of Mississippi History.

In a statement out Tuesday, the group said the president has created "a racially hostile climate" in the U.S. and that his attendance would be "an affront to the veterans of the civil rights movement."

The statement also said Trump has refused to denounce white supremacists, referring to his reaction to violence in Charlottesville, Virginia, at a white nationalist rally.

Related StoryWhat The Police Did Wrong During The Charlottesville Rally

Trump said "both sides" were to blame for violence at the rally, which resulted in a protester's death.