North Korea Might Be Mending Fences With China Before US Summit 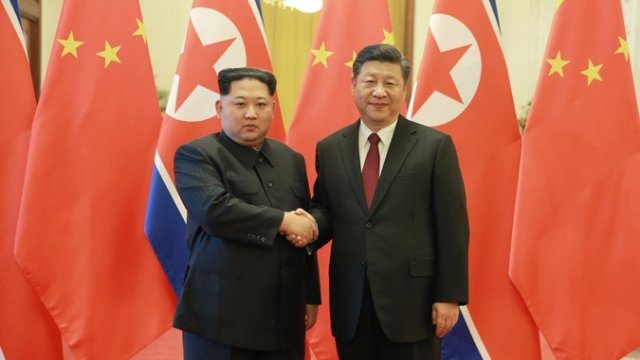 SMS
North Korea Might Be Mending Fences With China Before US Summit
By Matt Picht
By Matt Picht
March 27, 2018
North Korea's recent high-level delegation to China might be preparing for diplomatic summits with South Korea and the U.S. — or for something else.
SHOW TRANSCRIPT

China is typically regarded as North Korea's close ally — but it's also recently seemed irritated with the North's nuclear-powered belligerence. China has signed off on new U.N. sanctions that have hurt North Korea's already isolated economy.

Now that Kim is tentatively scheduled to meet with the leaders of both South Korea and the U.S., it's probably worth trying to patch things up with China beforehand.

Sanctions relief is likely a top priority for North Korea during the upcoming summits. Since China is key in enforcing those sanctions, support from Beijing could strengthen Kim's hand at the negotiating table. 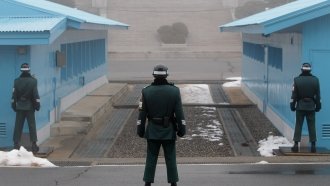 Officials From North And South Korea Will Meet Next Week

But Kim might also be preparing for a diplomatic breakdown. Reconciliation with the U.S. is already a slim prospect, and President Donald Trump's plans to elevate North Korea hawks, like Mike Pompeo and John Bolton, in his Cabinet could put the two countries even more at odds.

If diplomacy falls through, the North will likely press ahead with developing its nuclear program. Closer ties to China could help shield the Kim regime from some of the international pushback against fresh missile tests.

Kim's meeting with Xi marked what's thought to be his first trip outside North Korea since he took power. He's supposed to meet with South Korean leader Moon Jae-in in April.