North Korea And The US Still Can't Agree On Denuclearization 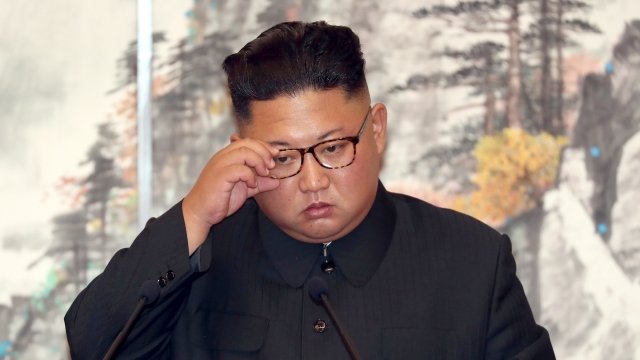 SMS
North Korea And The US Still Can't Agree On Denuclearization

By Matt Picht
December 20, 2018
North Korea is reasserting its position that the U.S. must disarm in the region in tandem with North Korea.
SHOW TRANSCRIPT

2018 is ending on a low note for peace hopes between the U.S. and North Korea. The two countries don't seem to be any closer on realizing their tentative agreement to denuclearize the Korean peninsula.

North Korea's state-run news agency published a statement calling for "completely removing the nuclear threats of the U.S. to [North Korea]" before North Korea would give up its nuclear weapons. That's in contrast to the U.S. position, which has been that North Korea should disarm first before the U.S. makes any concessions.

Jenny Town is the managing editor of North Korea analysis publication 38 North. She told Newsy, "The North Koreans have always talked about how basically the road to denuclearization is really paved with a fundamentally different political relationship between the US and North Korea. This is not a 'we will never denuclearize' statement. This is a reminder that there are obligations on both sides. That we have to go through this process together." 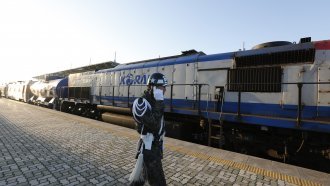 Train Makes First Trip Between Koreas In More Than A Decade

One of North Korea's stated goals in developing nuclear weapons is to deter a potential U.S. attack. The U.S. doesn't have any nuclear missiles on the Korean peninsula, but still maintains its nuclear strike capabilities in the region to shield allies like Japan and South Korea.

North Korean leader Kim Jong-un and President Donald Trump signed a denuclearization pledge after a summit in June. But both countries came out of the summit with different interpretations of the agreement.

The U.S. has treated the summit as a unilateral commitment by North Korea to disarm, while North Korea argues the U.S. should take reciprocal efforts to make disarmament easier, like withdrawing troops or easing sanctions. That disagreement has made it tough for diplomacy to move forward.

Town said, "A lot of the proposition going forward has really been, you know, North Korea must do these things. And it's been very unclear what the US is willing to do in that process."

"Every negotiation is going to weather up and downs. The question is, do we have the political will to to work through those ups and downs. It's not helpful when the US public position has basically been there's no room to negotiate on sanctions, for instance, it makes those working level discussions very difficult to have."

The White House is reportedly planning to hold a second summit between Trump and Kim sometime in 2019. Town says that meeting could be an opportunity to jump-start diplomacy in the region.

Town said, "We don't have a normal diplomatic process right now. We have a very summit driven, very leader driven process. They've been very careful not to insult Trump personally. And not to attribute that proposition to Trump personally. So it gives him the opportunity basically to come in and save the day."