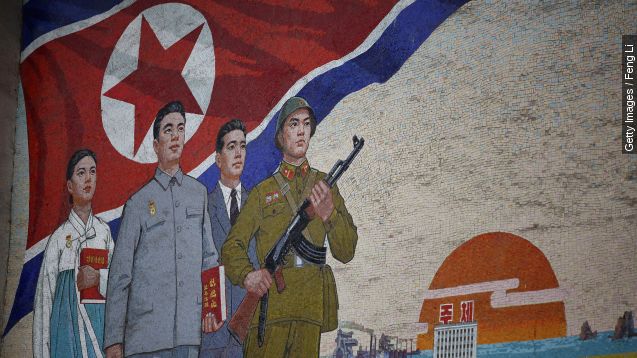 SMS
N. Korea Readies For War Sparked By South's Loudspeakers
By Jake Godin
By Jake Godin
August 21, 2015
North Korea has readied itself for war against South Korea in the case it doesn't turn off its anti-North propaganda loudspeakers.
SHOW TRANSCRIPT

North Korea is preparing for war.

The escalation comes after North and South Korea traded fire on the border over the use of anti-North propaganda loudspeakers.

Those loudspeakers haven't always been on, though. The South reactivated them after mines injured two of its soldiers on the border recently. The South and United Nations blame the blasts on the North.

North Korea has given the South a 5 p.m. Saturday deadline to turn off its loudspeakers.

South Korea, however, has so far refused, promising to "strongly retaliate" in response to any aggression from the North.

And while the North has expressed willingness to solve the crisis diplomatically, the South's Ministry of Unification has questioned the offer. That's because of the North's denial of both shelling the South's side of the border and planting the land mines that injured its soldiers.

This video includes images from Getty Images and music from Yinyues / CC BY 4.0.