North Korea Fired Another Projectile, According to South Korea 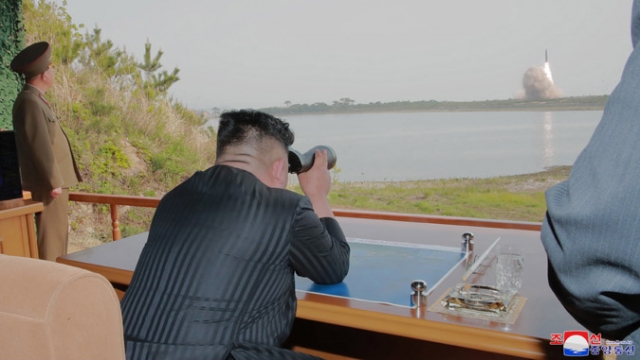 This newest launch comes less than a week after the North tested multi-rocket launchers and tactical guided weapons on Saturday.

Prior to the most recent test, North Korea said the South's complaints about the drills are unfounded because they were routine and conducted within the North's territory. North Korean military officials urged the South Korean officials to "stop talking nonsense," according to North Korean state media.

But any type of ballistic missile launch violates a U.N. Security Council resolution and could result in more sanctions.

These recent launches, along with a reported test a few weeks ago, signal an escalation of tensions between the U.S. and North Korea since Kim Jong-un and President Donald Trump met in February.

The U.S.'s top diplomat to North Korea arrived in Seoul on Wednesday for meetings with South Korean officials.