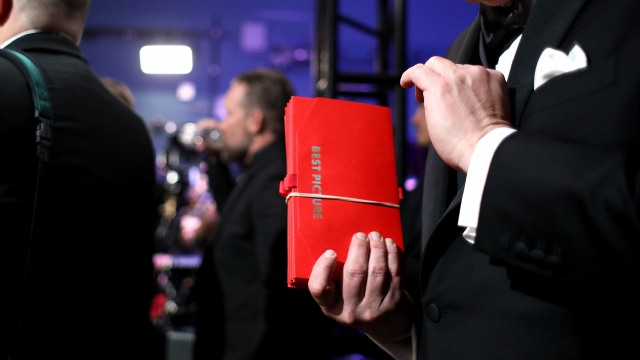 SMS
New Jersey Allowed Oscar Betting Last Year. Could It Happen Again?
By Casey Mendoza
By Casey Mendoza
September 16, 2019
People in countries like Australia have been betting on award shows for years. So, what's stopping U.S. states from getting in on the game?
SHOW TRANSCRIPT

Part of the fun of award shows is guessing who wins the big prizes. From office Oscar pools to casual competitions among friends, it's easy to make a game out of it.

But in the U.S., a country with strict betting laws, you'd be hard-pressed to bet on award shows through official platforms.

Even Nevada, which had a monopoly on legal sports betting for years, avoids award show betting. That's because, unlike sports, award shows have known outcomes that could leak.

["I still think awards are stupid."]

But the risk is actually pretty low, and even if so-called leaks happen, they're tricky to verify.

What's more, countries outside of the U.S. have been betting on award shows for years. One of those countries is Australia.

"We also bet on a range of other things. We've bet on things like 'The Bachelor,' 'The Bachelorette,' we were betting up on the Donald Trump-Hillary Clinton election. Another thing we do bet on is the entertainment market such as the Oscars."

Last year, the platform became the first U.S. sportsbook to offer betting on the Oscars. The service was limited to New Jersey for just one year, and it took some convincing for the state's Division of Gaming Enforcement to approve it.

"We were basically banging down the door at the New Jersey regulators to allow us to offer the Oscars. We showed them a lot of learnings we had from the Australian market about offering the Oscars. And they sort of gave us the green light to go ahead and do that."

"Sports betting is obviously in its infancy here. We're just over a year into sports betting here in terms of a legal sense in New Jersey and other states are about to roll out. ... And I completely understand that from the regulators, they want to make sure that they have confidence that any event that a sportsbook offers is properly governed."

One of the most popular predictions on PointsBet was Lady Gaga winning the Oscar for best actress. The odds according to participants were about ten to one, but the company's own internal analysts said Gaga's odds were actually closer to one percent.

That goes to show how subjective bets can be, and how tricky it is to actually guess award show winners.

Despite that difficulty, other popular sportsbooks like FanDuel or DraftKings got in on the New Jersey-limited game.

Outside of the state and its legal betting platforms, it's worth noting that underground gambling via offshore platforms isn't uncommon. But experts do say gamblers should be cautious of scams. Because of that, Aitken argues regulation through further legalization could help squash that risk.

"It's going to be something that I work very closely with with each state that we go into that I can we can try and offer it but at the end of the day the decision lies with the regulators and and again we we respect that call."

"We hope to go live in New York next year. I'm sure the Tony Awards will be something if we offered marks from that would be very popular."