North Carolina's 'Bathroom Bill' Is Staying On The Books — For Now 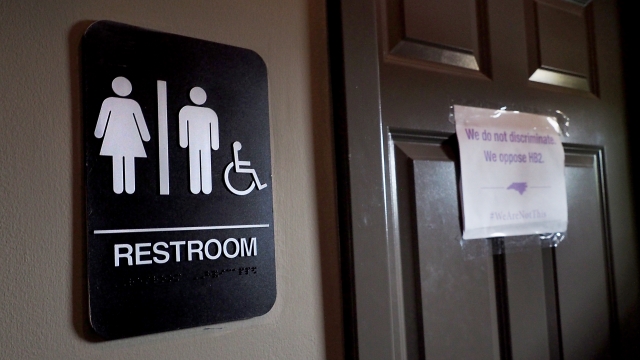 North Carolina's so-called "bathroom bill" is sticking around — at least for now. State legislators ended a special session without voting on whether to repeal House Bill 2.

The controversial bill requires people to use the bathroom that matches the gender on their birth certificate.

The stalemate came on the same day the Charlotte City Council voted to completely repeal the city's nondiscrimination ordinance during an emergency meeting.

Here's how the bill and the ordinance are connected: The city council originally voted to repeal just part of the ordinance. But state legislators said they would consider repealing the House bill only if the full Charlotte ordinance was overturned.

The City of Charlotte said in a statement after the vote, "Today, the Charlotte City Council took additional steps to ensure the repeal of HB2 would not be jeopardized in any way."

After the Charlotte City Council struck down its ordinance, some state officials continued to protest against the bill being repealed. Several lawmakers claimed the special session, called by outgoing Republican Gov. Pat McCrory, was unconstitutional.

The special session was marred with multiple recesses. The North Carolina House of Representatives voted to end the session, followed by the Senate.