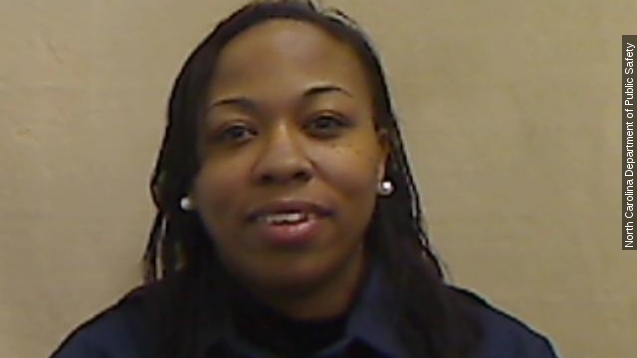 In an escape much like the one in New York, authorities have charged a North Carolina prison worker with helping a convicted murderer escape Saturday.

The manhunt for Richard Matt and David Sweat — the two convicted murders who broke out of a New York state prison — has barely ended. Now, a similar case has cropped up in North Carolina.

Police are searching for Kristopher McNeil, who is serving a 14-year prison sentence for murder, after he was discovered missing Saturday morning from a jail in Polkton, North Carolina.

Authorities have now charged Kendra Lynette Miller, a food service officer at the prison, with helping him escape. She faces several felony charges, including aiding and abetting a fugitive and having sex with an inmate.

You may remember Matt and Sweat also had help from inside their prison. Gene Palmer and Joyce Mitchell have both admitted to giving the inmates tools that they used to escape.

Matt was shot and killed by authorities Friday, and Sweat was apprehended Sunday. As for McNeil, law enforcement is searching for him in Forsyth County, North Carolina.