There's Only One Real Danger During A Total Solar Eclipse 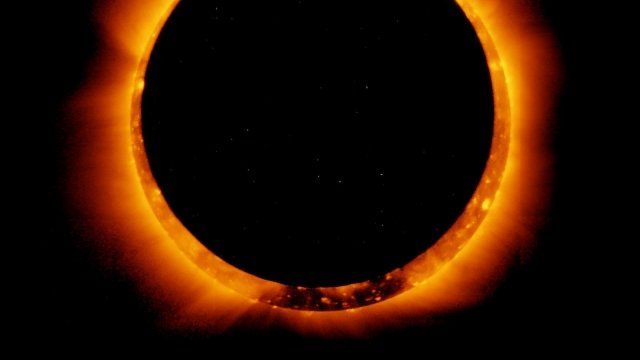 SMS
There's Only One Real Danger During A Total Solar Eclipse

By Evan Thomas
August 17, 2017
A total solar eclipse is a natural event. For the most part, it's no more dangerous than any other day.
SHOW TRANSCRIPT

It's been almost 100 years since most of the U.S. saw a total solar eclipse. Even if you've never seen one yourself, you might've heard how they can have surreal or even dangerous effects. Luckily, they're mostly myths.

First: An eclipse will not change how gravity works. The moon will keep orbiting the way it always does.

"It's not closer to the sun than it is normally; it's not interacting with the sun in any way unusually," says Dr. Angela Speck, director of astronomy at the University of Missouri.

The moon does not make sunlight any more dangerous.

"I've heard people say — 'But the moon's atmosphere focuses the light of the sun and makes it stronger!'" Speck says. "The moon doesn't have an atmosphere, so we really don't have to worry about that."

And the sun itself is no more dangerous than usual.

"[The corona is] so hot that it's giving off lots of X-rays and ultraviolet light," Speck says. "We know X-rays are bad for us. But the corona's doing it all the time. The corona is always there."

And so are Earth's magnetic field and atmosphere — the things that protect us from cosmic radiation in the first place. 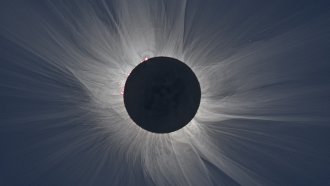 But it will be dark — so dark that some animals seem to think it's suddenly nighttime. During some previous eclipses, scientists have recorded cases of bats coming out to hunt, crickets starting to chirp and cows heading back to the barn.

"The only thing that is at all dangerous about solar eclipse day is that on a normal day you know you shouldn't look at the sun," Speck says. "And on this day, you want to."

So, be sure to wear approved eclipse eye protection. At any point other than totality, the sunlight from the eclipse is still strong enough to permanently damage your eyes.