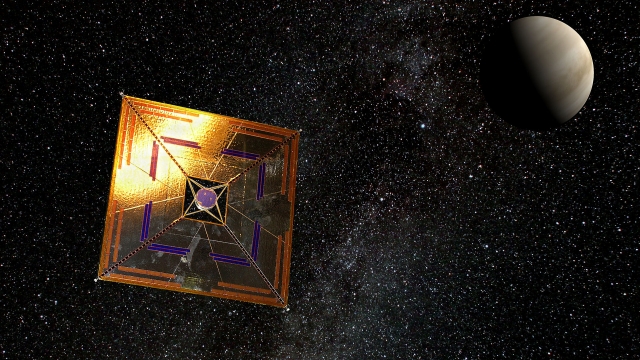 SMS
Scientists Speculate Mysterious Radio Bursts Are Powering Alien Ships
By Ethan Weston
By Ethan Weston
March 12, 2017
No one's sure what fast radio bursts are, so some Harvard scientists asked: Why not aliens?
SHOW TRANSCRIPT

Somewhere out there, aliens might be using huge, mysterious bursts of energy to sail ships through space.

No, this isn't some UFO conspiracy. It's a new theory from a pair of Harvard scientists who've been studying fast radio bursts. Those are sudden flashes of radio pulses from beyond our galaxy that our radio telescopes only catch glimpses of.

And the bursts are really weird. Astronomers have only ever found fewer than 20 of them. Sometimes they repeat, but other times they're a one-off burst of energy lasting only thousandths of a second. 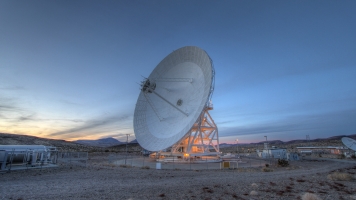 The new theory goes something like this: A super-advanced alien species is using these incredibly powerful bursts of energy to push themselves around the universe on light sails.

Essentially, these theoretical aliens are riding a sailboat through outer space, and they're creating wind for their sails. But scientists think the sailboat might be the size of a planet, and that's why the bursts of energy are so big.

It's not as crazy as it may sound. Solar sails are a project we humans have been working on for a while, and some scientists think they're the best option we have for interstellar spaceflight.

The theory is pretty fantastical; even the authors admit that. They say they just want to put the idea out there and let the data "judge" it later.