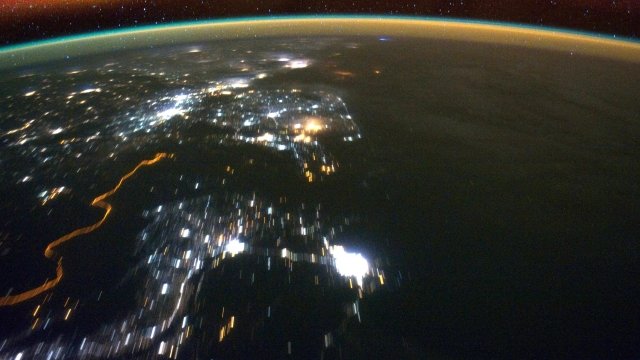 "Bright nights." "Nocturnal sun." Whatever they're called, scientists think they've figured out why they happen.

A "bright night" is, well, bright. Reports say these evenings can be as bright as days.

Researchers relied mostly on old reports because the phenomenon is so rare. They estimate a bright night is visible somewhere on Earth about 25 nights a year. 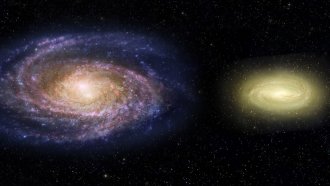 The Discovery Of A Flat, Dead Galaxy Is Changing NASA's Outlook

But there's a good chance you've never seen one because of light pollution.

To catch it you'd have to be in a remote part of the world, on a night without a moon, and with your eyes adjusted to the darkness.

The researchers at York University who conducted this study haven't seen one either, but they did have access to data from a NASA instrument that monitored the atmosphere.

The researchers think bright nights have to do with airglow — a soft light more than 50 miles above Earth's surface.

Here's the science: At the right level in the atmosphere, oxygen atoms are stuck together, but ultraviolet rays from the sun can separate them. At night, those atoms come back together, and release the trapped energy we can see as light.

But this alone is usually too faint for us to see on the ground, but airglow travels in waves, which can be moved by storms. 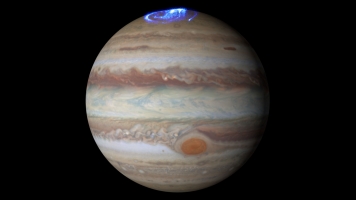 And researchers think under the right conditions, these waves overlap, which compounds the brightness, making a bright night.

As for seeing one yourself, you'll have to be at the right place at the right time, and a little lucky. But if you ever see a bright night, you'll know what's going on.