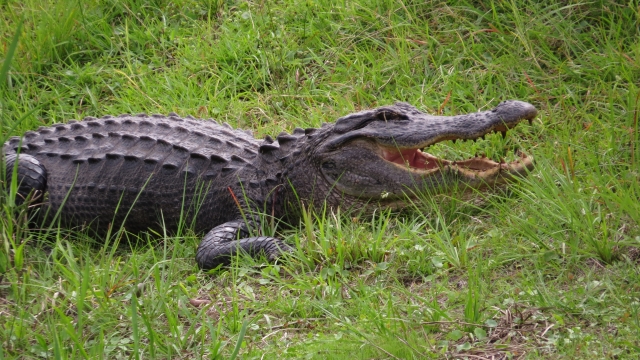 It's alligator hunting season in Florida, but it appears some people might be taking the hunting to an extreme.

"It's reprehensible. I don't understand how people could do this," Amy Best told WPTV.

The bodies of the alligators were discovered floating in a canal near resident Amy Best's home; the third was found stuffed in a nearby container of some kind.

The Florida Fish and Wildlife Conservation Commission is now investigating the discovery, but there's not a whole lot to go on.

It's perfectly legal for Florida residents to kill alligators this time of year if they have a hunting permit. But hunters are limited to killing only two alligators a year.

They are also required to tag the alligator's tail and dispose of the body, but WPTV's Alyssa Hyman reports she didn't spot any tags on the three discovered in Loxahatchee Groves.

Best says she doesn't think a hunter is behind the beheadings.

"They wasted the skin, which is the most valuable part, and then the meat," Best said.