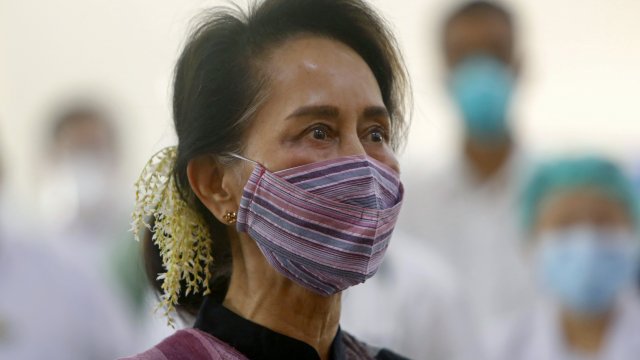 SMS
Myanmar To Prosecute Suu Kyi Over Alleged Election Fraud
By Associated Press
By Associated Press
November 17, 2021
Widespread electoral fraud allegations were the main reason cited by the military for its Feb. 1 seizure of power that toppled Suu Kyi's government.

Allegations of widespread electoral fraud were the main reason cited by the military for its Feb. 1 seizure of power that toppled Suu Kyi's government.

Her National League for Democracy party was about to begin a second five-year term in office after its landslide victory in the polls.

Independent observers found no evidence of substantive irregularities in the polls.

The action by the Union Election Commission could potentially result in Suu Kyi's party being dissolved and unable to participate in a new election the military has promised will take place within two years of its takeover.