Myanmar Says UN Allegations Of Genocide Against Rohingya Are False 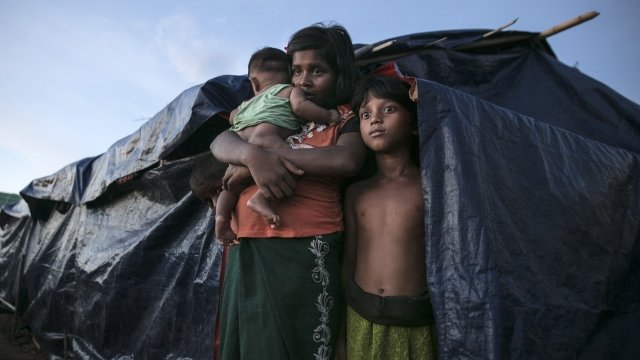 Myanmar officials say allegations that the country's military has carried out genocide against its Rohingya minority are false.

A spokesperson for Myanmar's president made the claim Wednesday, after United Nations fact-finders recommended the criminal prosecution of Myanmar military leaders.

The fact-finding committee collected more than 800 testimonies from Rohingya refugees in neighboring Bangladesh. Refugees alleged the military had carried out killings, mass rape and torture to force the Rohingya out of the country.

Myanmar's government does not officially recognize the Rohingya as citizens of the country, and instead reportedly views them as foreign separatists.

The U.N.'s fact finding mission will deliver its final findings in September.