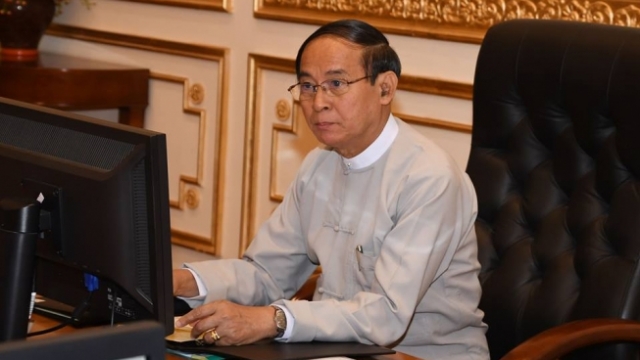 SMS
Myanmar Releases Thousands Of Prisoners, Including Reuters Journalists
By Katherine Biek
By Katherine Biek
May 7, 2019
The two men were among 6,520 prisoners who were granted amnesty by Myanmar's president.
SHOW TRANSCRIPT

More than 6,500 prisoners were released in Myanmar Tuesday after being granted amnesty by the country's president.

A prison chief confirmed that Reuters journalists Wa Lone and Kyaw Soe Oo were among those pardoned.

The two had been investigating allegations of killings of Rohingya Muslims by Myanmar's government when they were arrested back in December 2017. They were later convicted of breaking the Official Secrets Act and sentenced to seven years in prison.

The United Nations in Myanmar applauded the journalists' release in a statement, calling it "a sign of [the] Government's commitment to Myanmar's transition to democracy."