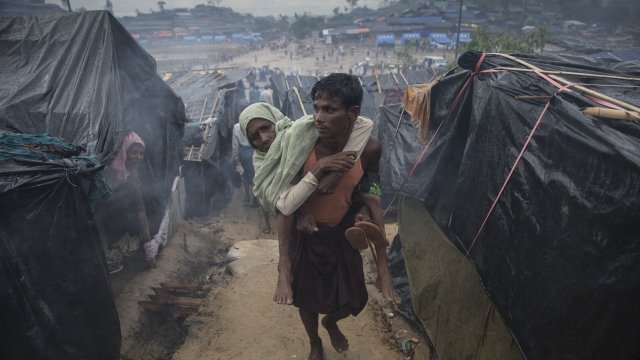 A Myanmar commander said some of his soldiers were behind the deadly incident, the country's first admission of guilt against Rohingya Muslims.

A Myanmar military leader just said some of his soldiers were behind a deadly attack on a group of Rohingya Muslims — the first time the country admitted fault in recent violence against the group.

According to multiple news outlets, one of the country's military commanders said on Facebook several members of his force and some villagers were involved in the killings of 10 Rohingya people. Their bodies were found in a mass grave in the western state of Rakhine.

For a while, Rohingya Muslims in Myanmar have been subject to what a United Nations official called "textbook" ethnic cleansing. Last year, the crisis pushed hundreds of thousands of refugees across the border into Bangladesh.

Myanmar's military hasn't made a public admission of guilt until now.