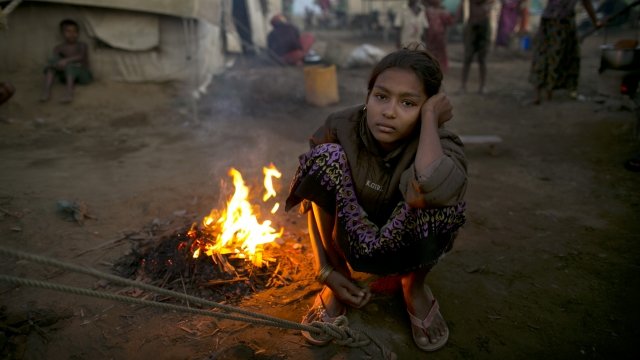 Myanmar officials are rejecting claims it committed "crimes against humanity" against the Rohingya people.

The Rohingya are a Muslim minority group in Myanmar who aren't recognized by the country's constitution. They're unable to obtain citizenship and, according to human rights groups, are often targeted by state security forces.

The crackdown followed the deaths of nine security officers, which officials blamed on Rohingya insurgents. 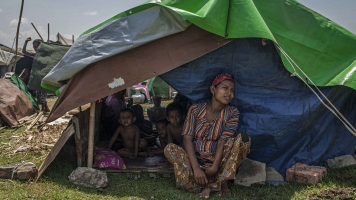 International Community May Finally Help As Crisis Turns To Insurgency

Myanmar conducted a state investigation and on Sunday cleared itself of major wrongdoing. It also said it would deny visas to U.N. officials who wanted to conduct their own investigation into possible ethnic cleansing.

According to the U.N. report, which was based on personal testimonies, security forces burned over 1,000 homes during the crackdown and committed assaults in front of young children as a form of psychological torture.

Since last year's crackdown, at least 74,000 Rohingya people have fled to nearby Bangladesh. There they risk starvation, exposure and trafficking in overcrowded camps.

Myanmar officials say the U.N. report is fabricated and lacks evidence. It also denied claims of wrongdoing earlier this year after the release of a video that appeared to show state police beating Rohingya residents. Myanmar called it an isolated incident.