Myanmar: UN Rohingya Report Based On Stories, 'Not Hard Evidence' 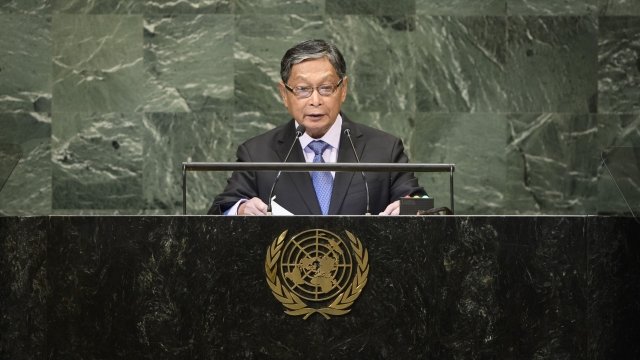 Myanmar says a U.N. report on human rights violations against Rohingya Muslims in the country is "based on narratives and not hard evidence."

The U.N. released its full, unprecedented 440-page report about two weeks ago. It said Myanmar committed human rights violations against the Rohingya and called those violations "the gravest crimes under international law."

The report found "clear patterns of violations by the Myanmar military," including killing thousands of Rohingya civilians and burning hundreds of settlements.

On Thursday, the U.N. Human Rights Council overwhelmingly approved another investigation into the human rights violations. Investigators are expected to update the council and the General Assembly on the probe next September.