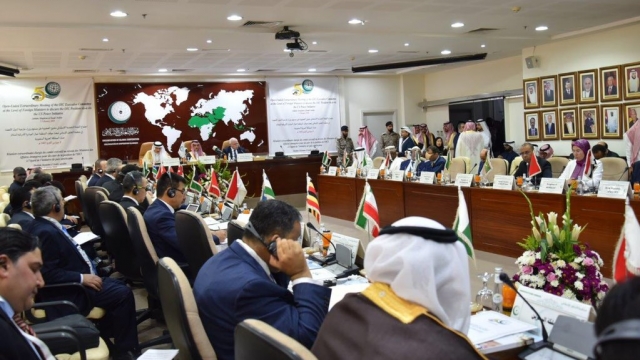 SMS
Over 50 Muslim Nations Reject U.S. Peace Plan For Middle East
By LeeAnne Lowry
By LeeAnne Lowry
February 3, 2020
The U.S.'s plan would allow Israel to annex settlements in the West Bank and establish most of Jerusalem as its capital.
SHOW TRANSCRIPT

More than 50 Muslim-majority countries have formally rejected President Donald Trump's peace plan for the Middle East, calling it "biased" toward an "Israeli narrative."

The Organization of Islamic Cooperation is an inter-governmental organization that bills itself the "collective voice of the Muslim world." It's comprised of 57 member states, all with significant Muslim populations.

The U.S.'s proposal could create a path for Palestinian statehood, but one without a military. It would also allow Israel to annex settlements in the West Bank and establish most of Jerusalem as its capital.

At the request of Palestinian leadership, OIC discussed the plan at a summit on Monday — just days after the Arab League also rejected the statehood proposal.

Representatives from the 57 OIC nations concluded they couldn't support a deal without a two-state solution that includes East Jerusalem as Palestine's capital. OIC said in a statement: "A comprehensive and just peace can only be achieved by ending the colonial Israeli occupation of the State of Palestine."

The OIC has called on all its member states to refuse to cooperate with implementing the plan.