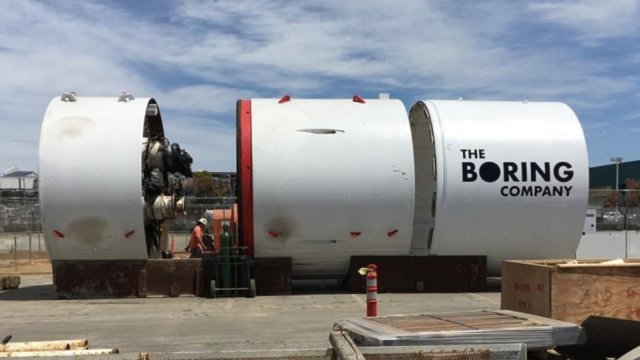 Elon Musk will make an announcement about his hyperloop project Thursday, and the plans for his Boring Company to transport people, cars and more sound like they're about to get more interesting.

He says the company's first underground tunnel in Los Angeles could be finished in a few months. The tunnel is part of a high-speed hyperloop transportation system. The main goal of this system — and similar ones proposed for other major cities — is to reduce traffic congestion.

Musk also recently hinted the L.A. hyperloop project could involve his other company, SpaceX. In a tweet he said it will take people from city center and the ocean to a spaceport in 10-15 minutes.

Musk said once the Los Angeles tunnel is complete and gets regulatory approval, the company will offer the public free rides.