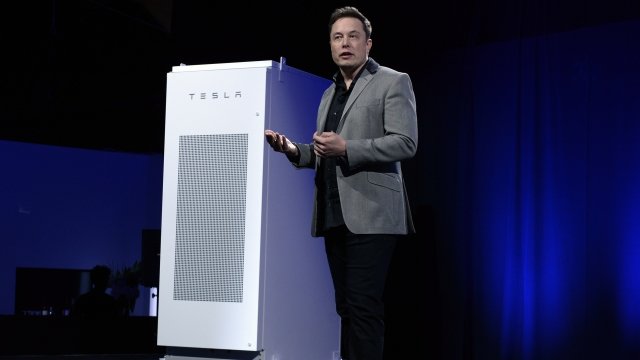 SMS
Elon Musk Thinks Tesla Can Rebuild Puerto Rico's Power Grid
By Ethan Weston
By Ethan Weston
October 6, 2017
Tesla has solar projects on smaller islands, and Musk thinks they should be scalable to larger ones like Puerto Rico.
SHOW TRANSCRIPT

In a tweet Thursday, Musk said Tesla could switch the island's electrical grid over to solar energy if Puerto Rico wanted. The governor tweeted back, "Let's talk."

Tesla subsidiary SolarCity already has a few projects like this on smaller islands. The island of Ta'u in American Samoa is powered almost entirely by solar energy and batteries from the company.

And the Hawaiian island of Kauai partnered with SolarCity to provide 5 percent of the island's power, reducing CO2 pollution by about 466,000 metric tons in a lifetime. 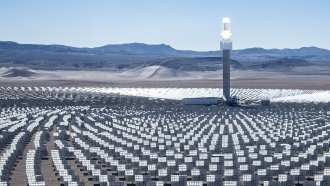 Most of the cost of these programs was absorbed by government bodies or Tesla itself.

The Ta'u project was funded by the Environmental Protection Agency, the American Samoa Economic Development Authority and the Department of the Interior. Kauai didn't buy the solar panels or batteries, but instead is contracting electricity from Tesla for 20 years.

It's likely that Puerto Rico would need to find a similar agreement. The island's debt is around $70 billion, and it has hurricane recovery to deal with now, too.