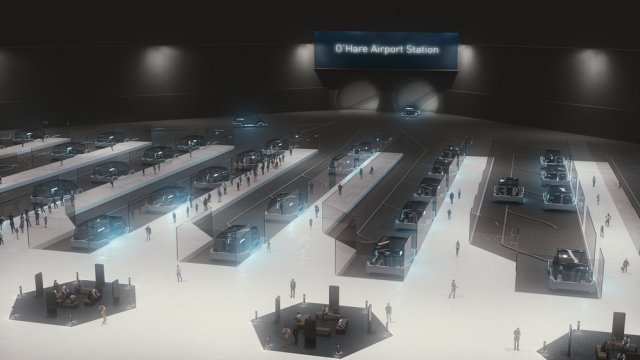 Elon Musk's Boring Company won a bid to create and maintain a loop between O'Hare International Airport and Block 37 in downtown Chicago.

It'll be called the Chicago Express Loop, and passengers will be able to use it to travel at speeds up to 150 miles per hour on "autonomous electric skates" between the two locations. According to The Boring Company's website, the electric skates are public transportation vehicles based on the Tesla Model X.

The company says once the Chicago Loop's done, it'll take 12 minutes to travel from O'Hare to downtown Chicago. And depending on traffic, according to Google Maps, that trip could take you about 40 minutes driving a vehicle or riding the bus.

The Boring Company has also proposed building a "high-speed underground public transportation system" on the East Coast. The system would run from downtown Washington, D.C., to downtown Baltimore.

And to tack onto The Boring Company's endeavors, it applied for an excavation permit in Los Angeles. That's for a tunnel that would operate in Los Angeles and Culver City. Initially, it would be used for system and safety testing and line-switching demonstrations. If the test tunnel is approved by the city, it could later be made available to the public.

The Boring Company didn't say when the Chicago project would be done.