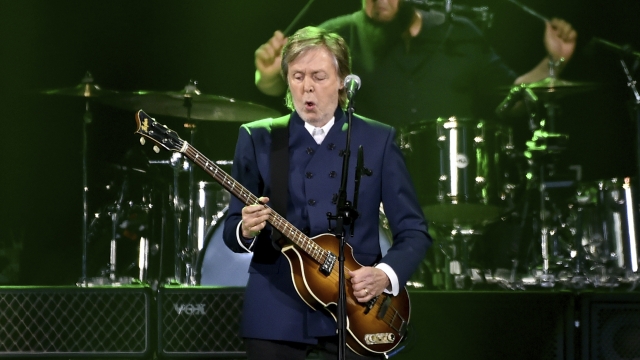 After almost 1,000 concerts with The Beatles, more than 140 shows with Wings and 870 solo concerts, Paul McCartney’s 17th solo tour is ending just days before his 80th birthday on June 18.

McCartney’s “Got Back” tour took the music veteran on a marathon across the U.S. — performing for fans who have followed him since the '60s.

Variety notes that a typical show is two hours and 40 minutes with 36 songs, and that’s often after a pre-show soundcheck of as many as 13 songs for VIP ticket holders.

Despite his age, critics lauded McCartney’s performances as lively, high-energy and showing little signs of slowing down.

“You want to, as you say, navigate through the marathon that this is, and it’s inspiring to see guys like McCartney turn 80," said Peter Shapiro, concert promoter and author. "The [Rolling] Stones are still out there, and Phil Lesh of The Grateful Dead is 82. And, we’re doing nine shows with him in October, but, you know, you have to love it."

Shapiro is a veteran concert promoter who’s worked with legendary artists like Bob Dylan, Leonard Cohen and The Grateful Dead.

His book “The Music Never Stops,” which comes out in August, details his career so far and the work that’s gone into putting on 10,000 shows since the '90s.

Shapiro says the craft of putting on concerts requires constant practice and a love for live music that doesn’t slow down with age.

All of them are still performing today.

McCartney has credited his vegetarian diet and a daily exercise regimen that includes stretching and yoga with friends.

After turning 80 and ending his most recent tour, McCartney is slated to headline the Glastonbury Festival later this month.