Music Is A Battlefield In The Israeli-Palestinian Conflict 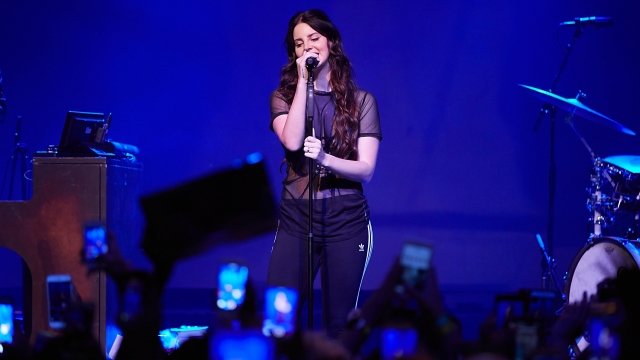 Musicians have often used their music as a way to make a statement, but singer Lana Del Rey might have unknowingly waded into a decadeslong conflict when she chose to headline a festival in Israel.

Del Rey defended her decision on Twitter, saying, "I believe music is universal and should be used to bring us together."

This was in response to being called out by the pro-Palestinian BDS, which is the Boycott, Divestment, Sanctions movement. BDS aims to challenge international support for Israel over what it sees as discrimination against Palestinians and disputed territory in the region.

That disputed territory is a significant part of the Israeli-Palestinian conflict: Israel controls land — such as the West Bank and the Gaza Strip — as a result of several wars. But Palestinians believe that land is theirs and that Israel is illegally controlling those territories.

Israeli Prime Minister Benjamin Netanyahu remarked: "The reason we should fight BDS is because it's wrong. It's a moral outrage."

Netanyahu has also previously criticized BDS for wanting to bring an end to the Jewish state. And groups like the Jewish Anti-Defamation League have called many BDS views anti-semitic.

So, where exactly do musicians come into the fold? BDS has gone after musicians because they believe international performers doing shows in Israel help make the country seem "normal."

BDS has taken inspiration from another large musical protest movement.

The BDS movement has influenced other artists, like Lorde, to pull out of shows in Israel — but it hasn't yet achieved anything on the scale of the Sun City protest. As for Lana Del Rey, she said in another statement that she still plans to perform in Israel, but that she'll also be "visiting Palestine" during her trip.

A previous version of this video said the UN considers the West Bank and Gaza to be part of Israel. The UN actually considers them "occupied Palestinian territories" and Israel the "occupying Power."