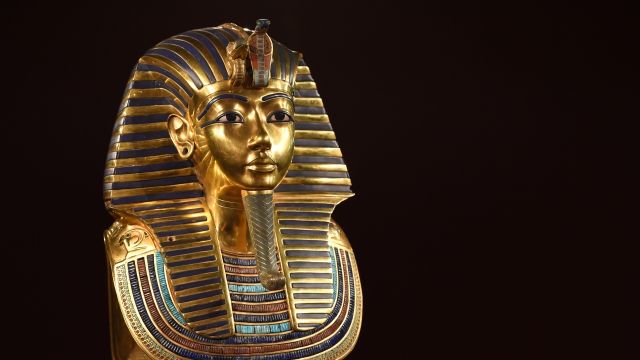 The museum employees who allegedly broke King Tut's beard will be prosecuted by Egyptian authorities, according to Egyptian media.

What looked like a haphazard attempt to repair King Tutankhamun's mask at the Egyptian Museum in Cairo came to light in 2014.

The beard came off the over 3,000-year-old artifact after museum workers allegedly mishandled the mask and hastily tried to reattach the beard with glue.

Last year, a conservationist pointed out the beard was already loose and the damage was reversible. But the same expert also acknowledged the glue used to reattach the beard should have only been used as a last resort.

The mask went back on display at the end of last year. Specialists used beeswax to reattach the beard this time around — because it would've been found in ancient Egypt and would be less likely to harm the metal.

Daily News Egypt reports the suspects are facing trial for "unrefined restoration" and "negligence" because they didn't immediately report damage to their superiors. (Video via CBS)

The eight accused include restorers, senior restoration experts and the former director the museum.

This video includes images from Getty Images and V Manninen / CC BY 2.0.