'Murder Hornets' Spotted In The U.S. For The First Time 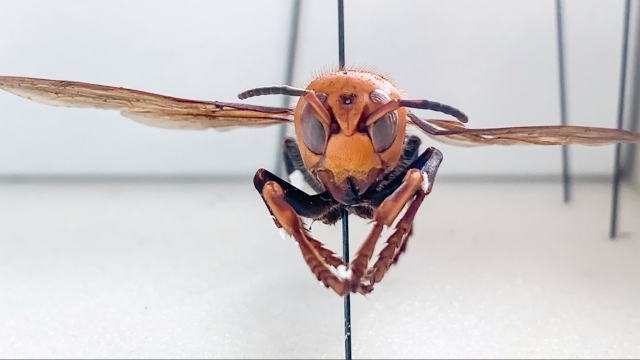 We now have a new species of lethal hornets to look out for in parts of the United States.

Asian giant hornets have been spotted in the Pacific Northwest, a first for the United States. Researchers are calling the bee-killing bugs "murder hornets." Beekeepers in Washington state have reported piles of dead bees with their heads ripped off, and linked them to the murder hornets.

The two-inch-long insects carry a sting that can also be deadly to humans if stung multiple times. The New York Times says the hornets kill about 50 people a year in Japan.

Scientists don't know how the giant hornets got to the U.S. and they have only been spotted in the Washington state area. Washington's Department of Agriculture says that if you see one, don't try to kill it yourself and to alert the department of any sightings.