'Muppets,' 'X-Files' Among Most Couch-Worthy Shows This Fall 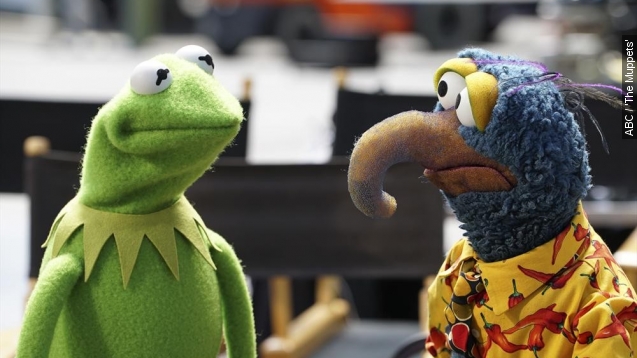 SMS
'Muppets,' 'X-Files' Among Most Couch-Worthy Shows This Fall
By Lexie Hammesfahr
By Lexie Hammesfahr
July 27, 2015
We created a highly unscientific poll about which new TV series people are most excited to watch, and Fox's revived "X-Files" topped the list.
SHOW TRANSCRIPT

We are most excited for Fox’s rebooted "X-Files." It doesn't premiere until January 2016, but the teaser trailers have already been released, and we are thrilled.

David Duchovny's character Fox Mulder asks, "Are you ready for this, Scully?"

Fox's “Scream Queens" also has our interest. And with the rock-star cast — can you blame us?

"Somebody just mowed off a girl's head in our backyard," one character says.

“A guy in a red devil costume attacked me!,” Emma Roberts' character says.

And fresh off her time on “Glee,” Melissa Benoist is putting on the red cape in CBS' "Supergirl."

"You sure you're bullet-proof?," Jeremy Jordan's character, Winn, said.

The first look at ABC's "The Muppets" at Comic-Con was so well-received that ABC released the 11-minute presentation, and we are pretty excited.

We all know and love Kermit and his friends, so now we get to see their private lives — including Kermit and Miss Piggy — who apparently dated and have broken up.

"Oh Kermie, this has nothing to do with you and moi," Miss Piggy says.

Even better, the show will tape in the same documentary style as shows like "The Office" and "Parks and Recreation."

"Talking to the camera about how you feel and then cutting back. I just hate that," Gonzo said. "I love it! Great device."

Honorable mentions on our list include "The Grinder," "Best Time Ever with Neil Patrick Harris" and "Minority Report." See you on the couch.

This video includes an image from Getty Images and music by Pe2ny / CC BY NC SA 3.0