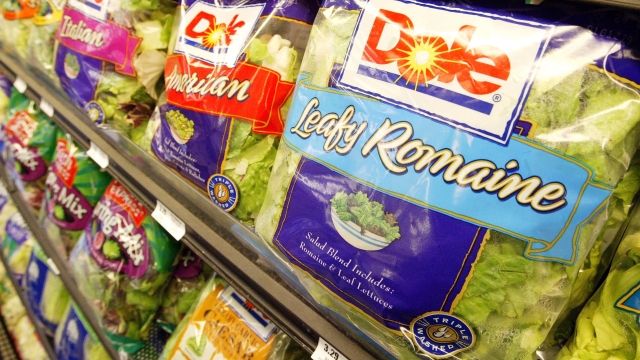 SMS
Multistate Listeria Outbreak Linked To Dole Facility In Ohio
By Ben Lawson
By Ben Lawson
January 22, 2016
The Centers for Disease Control and Prevention says 12 people in six states have listeriosis linked to the facility. Another person has died.
SHOW TRANSCRIPT

A Dole facility in Springfield, Ohio, has stopped production after it was linked to a multistate listeriosis outbreak. Investigators say the outbreak was from packaged salad.

The Centers for Disease Control and Prevention says 12 people, including one pregnant woman, in six different states have been hospitalized with listeriosis linked to the Dole facility. One person has died. (Video via Dole Food Company)

Listeriosis is an infection that can sometimes be life-threatening. It can cause fever, muscle aches, headaches, confusion and other symptoms. It can also sometimes cause a miscarriage.

This video includes images from Getty Images and Centers for Disease Control and Prevention.