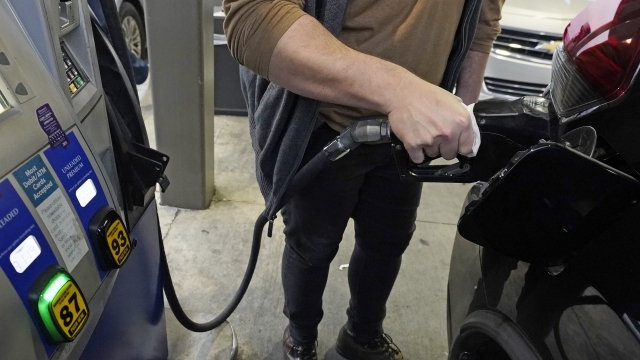 With gas prices at record highs across the U.S., an increasing number of governors and state lawmakers in both red and blue states are calling for the suspension of gas taxes --with some governors even signing emergency legislations -- but unfortunately, some thieves are finding ways to take advantage.

Hardik Patel runs Bizzy Bee gas station and grocery store in high point, North Carolina, and says suspects showed up after the store was closed and used a device to steal almost 400 gallons of gas.

"There were like 15 cars here. It was a lot of gas that was stolen. They were calling people and saying, 'hey come buddy, get some gas!" said Patel.

In Houston, a station owner reported thousands in stolen fuel, after noticing a black van parked directly over their underground storage tanks.

Hoping to ease some of the stress, in Georgia, Governor Brian Kemp signed a law Friday, suspending the state's gas tax through the end of May.

"I'm really hopeful that this can be approached in a bipartisan basis, and we can give Virginians the break they need," said Gov. Youngkin.

In Tennessee, Governor Lee says he has no immediate plan to halt the gas tax. Florida recently approved a gas tax holiday, scheduled for October. And for consumers wondering how long it will take to notice a change.

"Oil prices rise faster than gasoline prices. Gas retailers try to absorb some of the fluctuation in oil prices on the up and downside," said Dr. Brian Strow, economist at Palm Beach Atlantic University.

In California, a group of lawmakers proposed sending a $400 check to every taxpayer. And while Republicans argue the time to drill is now, the Biden administration and many Democrats in Congress argue that passing billions in tax credits for electric vehicles and renewable energy, is a keyway to relieve the U.S. from its dependence on foreign oil.

The governors of Colorado, Michigan, Minnesota, New Mexico, Pennsylvania, and Wisconsin, have all asked congressional leaders to suspend the federal governments' 18 cents-per-gallon gas tax through the end of the year. Those efforts are currently stalled in Congress.