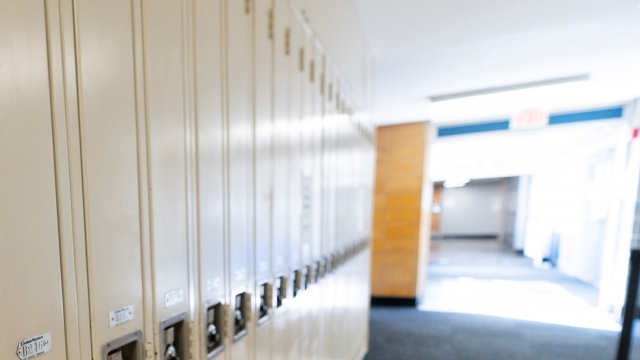 One teenager was killed and two others were critically wounded Monday after gunfire that appeared to come from a passing vehicle struck them outside an Iowa school, authorities said.

Des Moines police said in a news release that potential suspects have been detained in the shooting on the grounds of East High School, near Des Moines' downtown, about a half mile from the Capitol. No charges were immediately filed.

Sgt. Paul Parizek told KCCI-TV that calls started pouring in around 2:50 p.m., shortly before classes were scheduled to dismiss for the day.

Police didn't identify those shot but said a 15-year-old male had died. He was not a student at East. The other two shot were females aged 16 and 18, who both attend East. They were hospitalized in critical condition.

The district said in a news release that the school was immediately put into lockdown and students were kept inside while police investigated. They were dismissed around 3:30 p.m. after law enforcement gave an all clear.

Principal Jill Versteeg described what happened as "everyone's worst nightmare" and urged parents to "hug your students and love them."

The district said there would be no classes Tuesday and that it was postponing the ACT and parent-teacher conferences. The district also was making grief counselors available.

Superintendent Thomas Ahart said school shootings have "become too common" and said that "real change to gun laws and access would go a long way to help us."

"Our staff and students," he said, "are forced to train for these incidents and the trauma associated with the repeated drills and incidents will remain with them for years to come. It's unfortunate that our state and our country have become a place where firearms are far too easily accessible."

Parizek said he didn't know whether the victims, who all appeared to be teenagers, were students. Their names weren't immediately released.

Police said they do not believe there is a continued threat to the public.

A motive was not immediately known, and Parizek provided no details on the potential suspects. Authorities have recovered shell casings from the scene as they investigate what happened.

"Obviously, we threw every resource we had at this. We know that the kids in that school are our community's most precious cargo," said Parizek.

Des Moines Police Chief Dana Wingert went to the school after the shooting and expressed frustration at the violence.

Police said it was the fourth homicide in Des Moines this year.