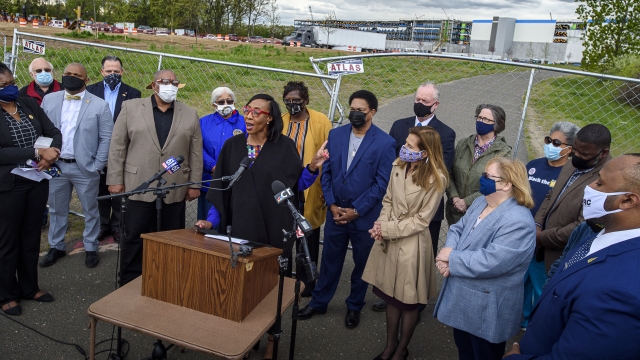 SMS
Multiple Nooses Found At Amazon Site In 1 Month
By Eliana Moreno
By Eliana Moreno
May 27, 2021
The latest noose was found on the same day a meeting between the NAACP and employees was scheduled.
SHOW TRANSCRIPT

The FBI is investigating after a noose was found at an Amazon facility under construction in Connecticut for the eighth time in one month.

The latest noose was found on the same day a meeting between the NAACP and employees was scheduled.

NAACP officials say Amazon didn't let them meet with employees after the noose was found. Instead, they held a news conference with local officials.

"When we come to the site to have the conversation with Amazon, then the Windsor Police come and surround the NAACP. And I'm like, 'why are you surrounding us?" said Connecticut NAACP President Scot Esdaile. "You should be surrounding the individuals that are putting the nooses up. Well, it's that type of behavior, it's that type of arrogance, that type of attitude that they have towards Black people that's got us in this mess."

The site shut down once again on Wednesday after shutting down when the seventh noose was found last week.

There's a $1,000 reward for anyone who comes forward with information that leads to an arrest.