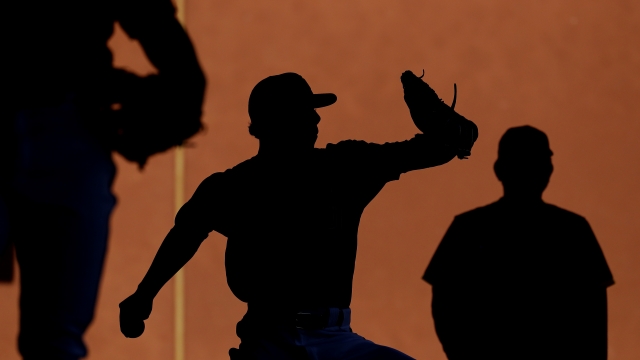 SMS
Multiple MLB Players Choose Not To Play 2020 Season
By Gage Jackson
By Gage Jackson
June 29, 2020
As part of a reopening deal, MLB players can choose to sit out the 2020 season for health or other personal reasons.
SHOW TRANSCRIPT

As the MLB inches toward Opening Day in late July, players are starting to opt out of the 2020 season. They're allowed to do that for health or other personal reasons as part of the league's reopening deal.

Arizona Diamondbacks pitcher Mike Leake reportedly will not play this season, but he has not given a specific reason.

While Leake and Ross are statistically mediocre big-leaguers, Zimmerman is a two-time All-Star with a Gold Glove and two Silver Slugger Awards under his belt.

Zimmerman said in a statement, "After a great deal of thought and given my family circumstances ... I have decided not to participate in the 2020 season. ... I'll be staying safe at home and pulling as hard as anyone for the guys to defend our championship."

With the start of the season being delayed for months due to the ongoing coronavirus pandemic, the MLB finally decided to host a shortened 60-game season that's slated to begin on July 23. But a new surge in coronavirus cases in many communities could upset those plans.