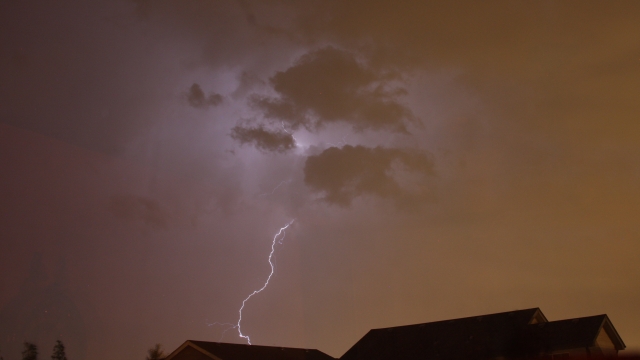 Five people in upstate New York were struck by lightning on Friday.

"There was actually smoke coming off one of the guys," a witness told WCBS.

The people were gathered around a park bench by a tree during a storm in Poughkeepsie. One of the people struck died Saturday morning from his injuries. Two more are in critical condition.

Earlier this week, two more people were struck by lightning in another town in upstate New York.

They were found dead under a tree in a cemetery on Wednesday. The toxicology report on the official cause of death is still pending.

The National Weather Service says an average of 31 people per year have died in lightning strikes in the U.S. over the past 10 years. So far, at least 26 people have been killed by lightning this year.