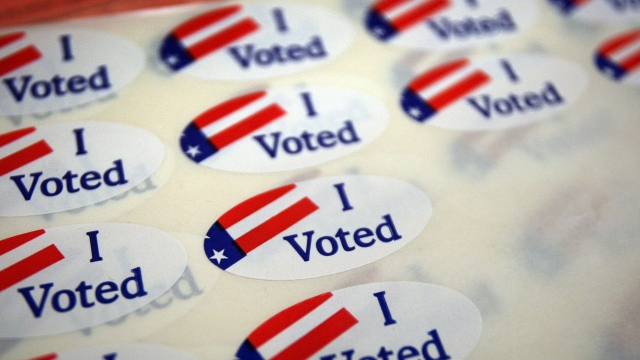 SMS
Multiple Federal Agencies Warn Of Election Interference In 2020
By Ahmed Jawadi
By Ahmed Jawadi
November 5, 2019
The DOJ, DOD, DHS, NSA and other agencies all say Russia, China, Iran or other foreign actors will try to influence the 2020 election.
SHOW TRANSCRIPT

Several federal agencies are warning that foreign actors will try to interfere in next year's presidential election.

The DOJ, DOD, DHS, FBI, NSA, director of national intelligence and Cybersecurity and Infrastructure Security Agency said in a joint statement Tuesday that "Russia, China, Iran, and other foreign malicious actors all will seek to interfere in the voting process or influence voter perceptions." The agencies say U.S. adversaries will try to accomplish this in a few ways, including by using social media, spreading misinformation, "or conducting disruptive or destructive cyberattacks on state and local infrastructure."

As such, the agencies say they're working with local officials and private-sector partners in all 50 states and in U.S. territories "to identify threats, broadly share information, and protect the democratic process." They also encourage the public to report any suspicious activity to local authorities, the FBI or DHS, saying "the greatest means to combat these threats is a whole-of-society effort."

Former special counsel Robert Mueller's investigation concluded that Russia did, in fact, meddle in the 2016 election. His report says Russia spread misinformation via social media and helped distribute emails stolen from Democratic politicians and organizations. A two-part bipartisan report from the Senate Intelligence Committee reiterated Mueller's findings and warned that Russia will probably try to interfere again in the next presidential race.