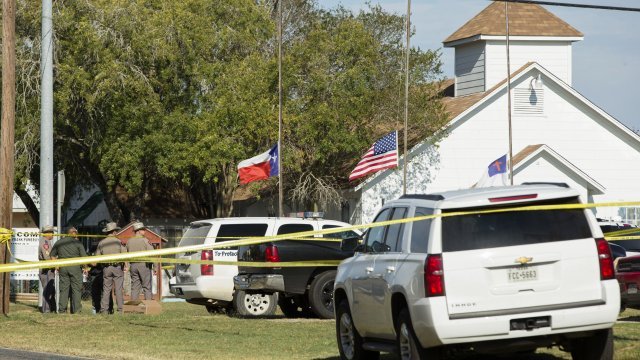 Authorities say at least 26 people are dead and 20 injured after a shooting at a Baptist church in Sutherland Springs, Texas.

The shooting started around 11:30 a.m. local time Sunday. Officials said the gunman entered the church during a service and opened fire. A man inside the chapel engaged the gunman, causing the shooter to drop his weapon and flee the scene.

The man continued to follow the suspect when he left the church. A spokesman for the neighboring Guadalupe County sheriff's office says the shooter died after a brief chase. 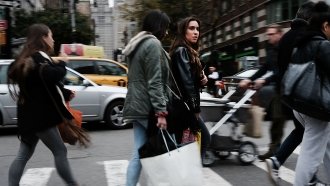 Officials said the victims range in age from 18 months to 77 years old.

The suspect, 26-year-old Devin Patrick Kelley, was a military veteran. A spokesman for the U.S. Air Force said he was court-martialed in 2012 for assaulting his wife and child. He spent a year in military prison and was discharged for bad conduct in 2014.

Monday morning, officials confirmed the suspect had purchased a total of four guns in the past four years. In addition to the rifle he left in the church, the shooter had two handguns in his vehicle, according to police.

The church often shares video of its Sunday services, and officials confirmed Monday morning that there is video from inside the church during the shooting. But officials would not comment or provide details about what exactly was captured on camera.

As for a motive, law enforcement said this shooting is not related to terrorism, race or religion. Officials called it a "domestic situation" between the suspect and some of the church members.