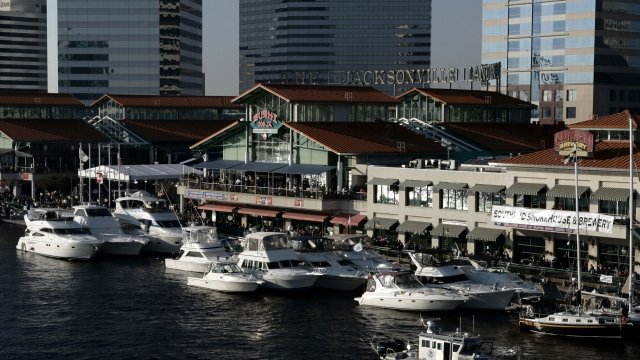 Authorities are reporting a mass shooting has taken place in Jacksonville, Florida.

On Sunday afternoon, the Jacksonville Sheriff's Office posted this on its official Twitter page: "Mass shooting at the Jacksonville Landing. Stay far away from the area. The area is not safe at this time."

The shooting reportedly took place at a qualifier for a "Madden 19" video game tournament.

The sheriff's office warned the public, including media, to stay away from Jacksonville Landing, an event center in downtown Jacksonville.

The sheriff's office reported around 3 p.m. local time there had been "multiple fatalities" and that one suspect was dead at the scene.