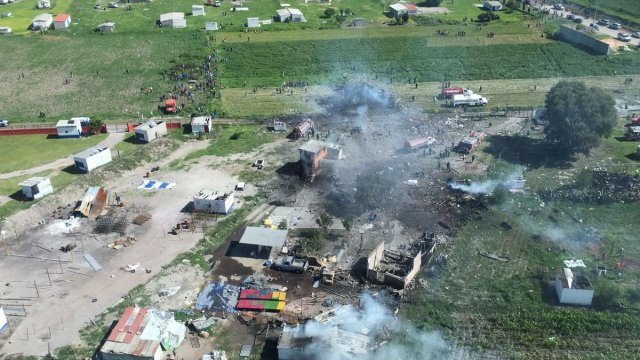 At least 19 people are dead and 40 are injured after a series of explosions in the Mexican town of Tultepec.

The head of Mexico's civil defense agency said there were multiple explosions at fireworks workshops. The Mexican government said some of the dead include those who were trying to help people hurt in the initial blast.

Tultepec is known as Mexico's pyrotechnic capital. Many people there make a living by selling and manufacturing fireworks. But deadly fireworks accidents have happened here before.