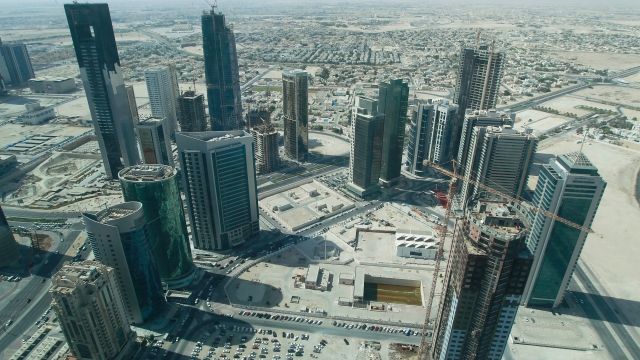 At least seven countries cut diplomatic ties with Qatar on Monday over its alleged support of terrorism.

The countries include Saudi Arabia, the United Arab Emirates, Bahrain, Egypt, Yemen, Libya and the Maldives. The tiny peninsula of Qatar only shares a border with Saudi Arabia, but with other countries vowing to cut off sea and air contact, Qatar is now pretty isolated.

In a statement, Saudi Arabia accused Qatar of "destabilizing the region" by backing terrorist groups like Al-Qaeda and ISIS.

Qatar's Ministry of Foreign Affairs said the countries' decisions are "unjustified" and vowed its citizens would not be affected.

But that might not be the case. Qataris visiting or living in Bahrain, Saudi Arabia or the UAE have 14 days to leave.

Qatar's embassy in Abu Dhabi, UAE, reiterated the 14-day deadline on Twitter, telling citizens that if they can't return directly to Qatar, they should travel through Oman or Kuwait, which haven't separated diplomatic ties.

Qatari diplomats in the UAE have been given only 48 hours to return home. But the travel restrictions go both ways, meaning citizens from the seven countries ending diplomatic ties won't be allowed to travel to or live in Qatar.

And Qatar's food supply is now in jeopardy. The country imports about 90 percent of it, and Al Jazeera reports trucks with food supplies were already being halted at the Saudi Arabia- Qatar border on Monday.

Multiple airlines, including Emirates and Gulf Air, announced they're halting flights in and out of Qatar's capital beginning Tuesday. The cutting of diplomatic ties has also greatly reduced what airspace Qatar's national airline can use. 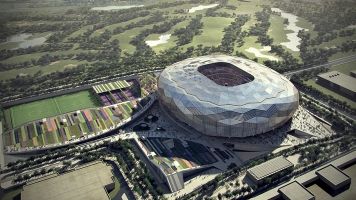 U.S. Secretary of State Rex Tillerson urged the Gulf nations to resolve their differences. While in Australia, he also said he didn't think this would have an effect on the fight against ISIS.

We don't know what impact this diplomatic crisis will have on the U.S. Qatar is home to a major U.S. military base, where about 10,000 American troops are stationed.

The base also houses the U.S. Combined Air Operations Center, which the Air Force says "provides the command and control of airpower throughout Iraq, Syria, Afghanistan and more than [a dozen] other nations."