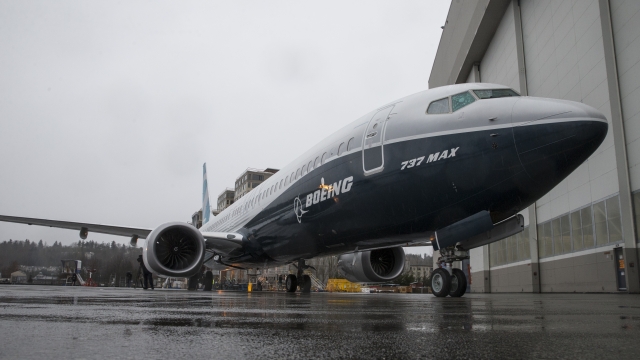 Following Sunday's deadly Ethiopian Airlines plane crash, multiple countries are banning the use of all Boeing 737 Max airplanes in their airspaces, including Singapore, Australia and the U.K.

The decisions came as carriers in South Korea, Ethiopia, China, Cayman Islands and Mexico have all grounded their Boeing 737 MAX 8 fleets.

The airlines took these precautions after the Ethiopian Airlines crash — which killed all 157 people on board — was the second fatal accident involving that Boeing model in less than five months.

Back in October, a Lion Air plane crashed into the Java Sea, killing all 189 people on board. In both instances, the Boeing planes were new.

The investigation into the Ethiopian Airlines crash is only just starting — so aviation experts say it's way too early to draw too many comparisons between the two crashes.

Since Boeing is based out of Chicago, the NTSB and FAA sent teams to help Ethiopian authorities investigate the cause of the crash. As of Tuesday, both teams had arrived in Ethiopia.

On Monday, the FAA said it will order Boeing to make some "design changes" to the Boeing 737 MAX 8 aircrafts, including anti-stalling software and maneuvering system updates. But it declined to order U.S. carriers to ground the jets entirely.

Boeing released a statement Tuesday, saying it has "full confidence in the safety" of its 737 MAX planes and that it'll continue to engage with the regulators and air carriers that have suspended using Boeing aircraft.