Mueller Might Accept Some Written Answers From Trump In Russia Probe 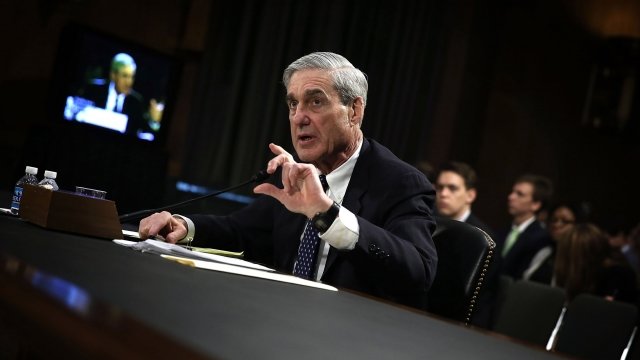 Sources familiar with the matter told The New York Times Mueller offered the option to President Trump's lawyers in a letter sent on Friday.

The president could submit written answers to questions about whether his campaign was involved with Russian interference in the 2016 election.

Mueller's letter reportedly didn't ask for written responses about whether the president tried to obstruct justice, saying executive privilege could complicate the issue.

The Times reports the way the letter was written implies that Mueller could still try to interview President Trump — the questions just might be more limited than previously expected.

The president's lawyers have previously advised him against doing an interview with Mueller's team.