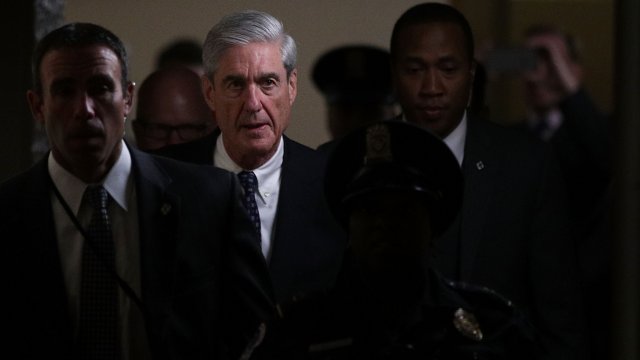 "We are formally closing the special counsel's office. And, as well, I am resigning from the Department of Justice to return to private life."

Special counsel Robert Mueller has spoken publicly about the Russia investigation for the first time since it started in 2017.

"There were multiple systematic efforts to interfere in our election and that allegation deserves the attention of every American."

The Justice Department released a redacted version of Mueller's 448-page report last month. The report detailed nearly a dozen instances of potential obstruction of justice by President Donald Trump, among other things.

In his statement Wednesday morning, Mueller reiterated the Justice Department's long-standing policy that does not allow a sitting president to be charged with a federal crime.

"The special counsel's office is part of the Department of Justice, and by regulation, it was bound by department policy.... From them we concluded that we would not reach a determination one way or the other about whether the president committed a crime."

Mueller did not take any questions after the press conference.

"I hope and expect this to be the only time I will speak to you in this manner. I am making that decision myself. No one has told me whether I can or should testify or speak further about this matter.... So beyond what I have said here today, and what is contained in our written work, I do not believe it is appropriate for me to speak further on the investigation or the actions of the Justice Department or Congress."