Why A Trump Indictment Was Off The Table For Mueller 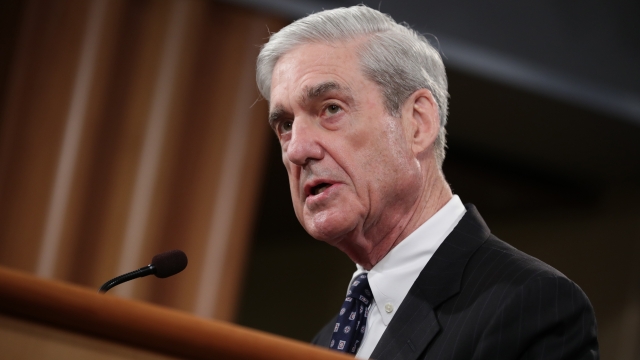 Special Counsel Robert Mueller's claim that he couldn't bring charges against a president stems from a Nixon-era Department of Justice policy.

Outgoing Special Counsel Robert Mueller has made it clear, both in his report to the Justice Department and in his remarks to the press, that he doesn't believe he had the authority to indict President Trump.

Mueller's stance stems from a DOJ policy that dates back to the Nixon administration, when the president was under investigation by a special prosecutor over the Watergate scandal.

The Justice Department's Office of Legal Counsel released a memo in 1973 examining the constitutional arguments for whether a sitting president could be indicted. The memo concludes that even though there's no explicit Constitutional immunity, trying to charge a sitting president would "unduly interfere in a direct or formal sense with the conduct of the Presidency."

The memo argues that since contesting a criminal prosecution is an onerous and distracting task, allowing the president to face charges would effectively give the judicial branch extra powers to disrupt the functions of the executive branch. That in turn could violate the system of checks and balances set up in the structure of the Constitution.

That's not the Department's only word on the subject, though: a DOJ memo authored during the Clinton administration does say that a sitting president can be indicted. That memo notes the Constitution explicitly gives members of Congress some protection against criminal prosecutions — but neglects to do the same for presidents.

The question of whether a president can be charged has yet to be tested in court, and Mueller has made it clear he won't be pushing the envelope on this matter. It’s now up to Congress to decide whether to bring impeachment articles against President Trump based on Mueller's findings.